Fashionistas, influencers, and investors gathered in the Petersen Automotive Museum for the Los Angeles Fashion Week that ran from March 31st through April 2nd. The three-day event featured designers from around the world who showcased their collections of various styles. From couture to streetwear, the runway had it all. With themes of culture, sustainability, and wearability, guests were in for a treat.

Rocky Star opened the show on day one. The Indian designer displayed outfits in gold and black. Many of the outfits were beautifully embellished with sequins and beading. Other outfits were seen with floral prints that complimented the gold and black scheme. Michael Cinco closed the show with stunning haute couture ensembles. The Dubai-based Filipino designer struck the crowd, many of whom were dressed in clothing by the designer himself. The guests were dazzled by the designer’s couture gowns that made the models look as if they were gracefully floating down the runway.

The excitement continued into day two when the collections of five different designers hit the runway. Models for the Andrew James collection were dressed in contemporary designs that had splashes of blues and neon yellows. The Perry Jones collection consisted of chic and sophisticated suits for both men and women. Puey Quiñones followed him with couture designs that had a touch of Philippine influence. Audience members applauded a dress with exaggerated shoulder pads, influenced by the traditional Filipino Terno dress. MM Milano, by designer Chona Bacaoco, floored guests with her brightly colored designs. The guests’ hearts melted when her young models hit the runway, as her collection also included a children’s line. The second day closed with Ron Tomson’s menswear and the collection displayed both casual outfits and sharp suits. All of the designers’ outfits followed a colorful, yet delightful palette. 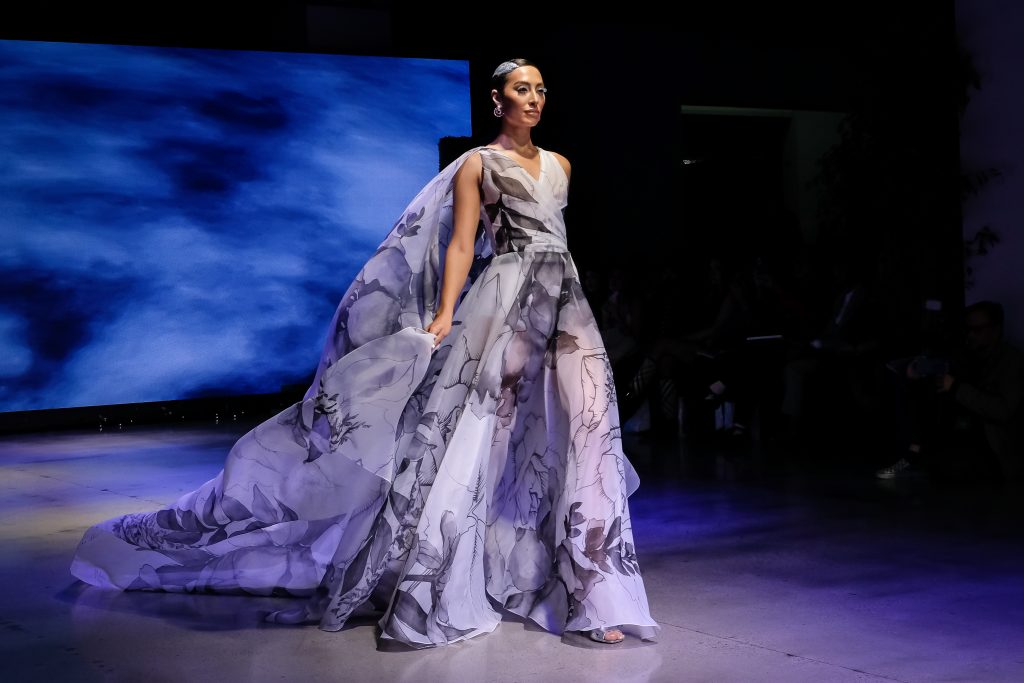 The final day of the event displayed collections from another six designers. Femgraphy, by designer Carolina Armenta, consisted of a wide array of clothing. The versatile collection featured both casual and more sophisticated attire. Humans, by designer Troy Sylvestor, was next to hit the runway. The sustainable collection featured a variety of outfits made of quilted materials. Bless by Bless was next on the runway. The collection’s African influence was evident in many of the pieces, paying homage to designer Bless Mazarura’s roots. The runway was then bursting with color during Jimmy Paul’s show. The Kawaii pieces were made of bright materials with varying textures and patterns. Demobaza brought futuristic attire in red, black, and white. Audience members were intrigued by the size of the collection. The show’s final collection came from designer Justin Mensinger, who won HBO Max’s streetwear competition, The Hype. The collection featured casual wear and paid tribute to many fallen artists.

Overall, the L.A. Fashion Week’s shows hosted diverse collections, which left audience members both impressed and inspired. Not only did the show capture the diversity of Los Angeles fashion, but it also highlighted the artistic abilities of designers from across the world. It spread culture and awareness of the importance of using eco-friendly materials and truly showed that sustainable items can be created without sacrificing style.