As the dust settled on another mesmerizing edition of Beyond Wonderland at the NOS Events Center in San Bernardino more than 110,000 dance music fans from near and far traveled to be transported back to a psychedelic world filled with secret stages, Looking Glass lounges, fire-breathing flowers and so much more.

This two–day electronic dance music event, Beyond Wonderland’s 9th edition, is an immersive experience of sight and sound as you take a trip down the rabbit hole.  Insomniac did it again! From a Caterpillar’s Garden to the main stage named the Queen’s Domain and all the stages in between a stark raving mad experience was had by all. An eclectic lineup of dance music including trance, house and dubstep, headlined by top DJ’s like Deadmau5, Deorro, Feed Me, Armin Van Buuren alongside up and coming artists ensured something for every music connoisseur.

Insomniac offered a VIP experience which is highly recommended when attending any of their events. Each stage included a designated VIP area for those looking to get up close. The VIP lounge off of the Main stage showcased a Hookah lounge by Heavenly Cloud Catering, a beauty bar, Kandi station, lockers, private executive bathrooms, charging stations and an assortment of food trucks. For the ultimate experience, Insomniac offered SkyDeck tables where guests have elevated prime stage views and private table service with full bottle service and servers as well as a dedicated table service check-in for express entry into the show.

The elaborate costumes of the performers, as well as the headliners, were more than just entertaining while the music, like the venue, was transcending.  Best of all, festival-goers joined in to make the event an epic one to remember.

This festival is a celebration of color and imagination. A journey into the unknown. To join Insomniac on their next festival experience EDC Las Vegas from May 17-19th visit www.insomniac.com. 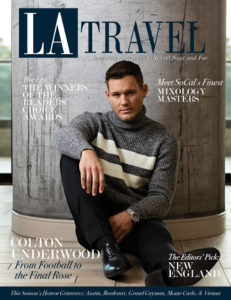 SAVE THE DATE: Best of SoCal Returns March 28th