Skip to content
By Jennifer Dunn
Photography by Huey Bui
She has empowered people all over the world with her popular hit “Fight Song” and now she is getting ready to take on the hardest job of all, motherhood! We noticed the brightness and glow immediately as we sat down one on one with the singer. Her work ethic hasn’t changed, even though her body is already sending messages to slow things down. The beautiful and talented performer won’t be stopped and we couldn’t admire her more for the honesty and determination we are seeing throughout her pregnancy.
When she’s not touring the world singing ballads for her adoring fans you can find her at her husband’s new restaurant, The Gables or walking her dog on Abbott Kinney. Having already narrowed down her resolutions for 2019 we can all rest assured this is certainly going to be her biggest and best year yet! 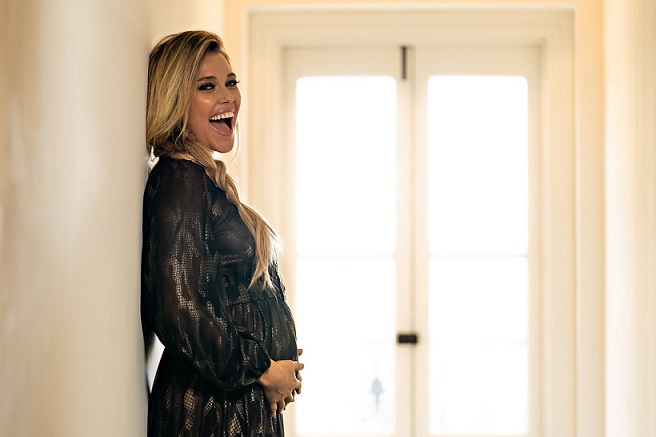 LATM: Tell us your best or worst travel experience.
RP: For over 13 years I was an independent artist, playing house concerts and living out of my touring van. In the winter of 2015, I was en route from snowy Ohio to Chicago to play another living room show when I got a call from my manager who told me to leave the van, find the nearest airport and get on a plane to Los Angeles. Immediately. Apparently, the song that took me over two years to write and produce (fight song), had finally been played by complete chance on a radio station in Baltimore and multiple record labels were interested in signing me. It was a scene out of a movie, we couldn’t get the ice off the windshield and the van wouldn’t start, it was a snowstorm, we didn’t have money to get to the airport via cab, so me and my drummer were panicking in a Walmart parking lot in the middle of nowhere when my manager finally put it quite clearly “You don’t understand. Your life is about to change, get in a cab and get here right now”. I think we finally took off around six in the morning and I signed a record deal twelve hours later. I still don’t know how that van got back to NYC.
LATM: Where are your favorite spots to hit up in LA when you’re not working?
RP: My husband just opened a restaurant in Santa Monica called the Gables, it’s chef-driven, home-style California cuisine and VERY delicious so I’m there quite a lot lately. I also do a lot of yoga, take painting classes, walk my dog down Abbot Kinney and I try to go the beach as much as possible because the waves calm me and my baby seems to love the sound. I know, I know, I sound so typical LA right now ugh.
LATM: What is your most proud achievement over the course of your career?
RP: I think it’s what I’ve been able to do with my songs in general, and the number of lives I’ve been lucky enough to touch. I don’t get recognized in public a lot, but if I do, it’s sweet because it’s always the most beautiful, heartwarming story about how my songs have had such an impact on someone recovering, or fighting, or believing in themselves. I have the most unbelievable fans, and I’ve loved creating a safe place for them to connect with one another. 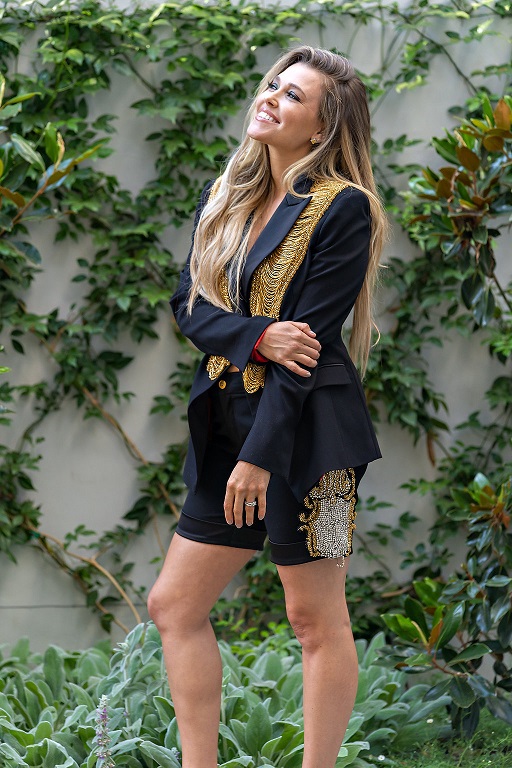 LATM: Where is one country or culture you would like to explore or learn more about?
RP: I would absolutely love to go to Indonesia, and also to Thailand. My music hasn’t yet taken me to those countries, but I’m hopeful that someday it will!
LATM: What are the go-to travel items you must have on a trip?
RP: I am that nerd in the airport who carries a full-size pillow with them. Yep, like a 12-year-old. So anyway, 1) pillow 2) noise machine 3) sleep mask 4) a blanket 5) face mask 6) cozy slippers. I fly so much that as soon as I board I have a system that probably makes me look like a crazy lady:  take off shoes, slippers on, blanket spread, pillow under my butt, sleep mask ready. Oh, and noise canceling headphones. Now that I’m pregnant at least my behavior is somewhat more excusable. I think?
LATM: We noticed you did a study abroad program during college. Tell us about the experience. What did you learn and was it impactful?
RP: I actually did two abroad programs – the first one was in Italy, I studied in Rome for a couple of months when a very close friend of mine suddenly passed away.  Instead of returning home I decided to get a Eurorail pass and travel solo across Europe for a month. It was life-changing to have to rely on myself and my grief had to take a backseat, which gave me a sense of inner strength I still call on to this day. I know I can always rely on myself, no matter what.
After Italy, I studied for a full semester in Trinidad. It was there that I began songwriting, and realized I had so much to say and needed an outlet. I played on my first stage during Carnival (it happened to be as a backup singer to a festival of 80,000 people), and as soon as the lights hit I felt completely at home on stage. I knew from that moment on I had found my calling and pursued it ferociously after that.
LATM: Where is your ideal destination for a local weekend getaway?
RP: If I were on the east coast still I’d have to say, Maine. We used to go every summer to a friends lake house and we called it our adult summer camp.  Water-skiing, lazy mornings, long cold swims, lobster bakes, campfires complete with guitar playing and s’mores, fireworks, yoga on the dock, midnight star-gazing, pontoon rides, and lots and lots of jokes. It’s pretty magical.
Now that I’m mainly west coast based I’ve had a couple of amazing weekends in Ojai with my husband. It runs a close second.
LATM: Describe a typical day on tour for you? Where has your career taken you that would surprise us?
RP: I got to perform at the Winter Olympics this year in Seoul, South Korea. I don’t know if that’s surprising for any readers, but it was never something I expected to get to do or a place I’d planned to visit. I absolutely fell in love with the bathhouses and fashion and weird fantastic food in the markets within the city.
LATM: What are your next big goals for ending 2018 and heading into 2019?
RP: Well, I’m currently 7 months pregnant and due quite soon, so my goal for this next year is just to be the absolute best mother I can be. To give as much love and be as patient and open as possible, and to remember that this little soul I’m lucky enough to be growing is going to teach me so much. I also hope to be a better friend, wife, sister and overall human being and continue to spread love through my music!
LATM: We see you have already started Babymooning! How is it different for you personally traveling now that you are pregnant? Do you have any go-to items that you recommend for women traveling during their pregnancy? Any tips for the moms-to-be out there?
RP: One hundred percent travel with your own pillow, wear yoga pants for compression, drink a crazy amount of water, get up every 45 minutes and ladies don’t be shy, do those yoga moves in the aisle even if flight attendants give you a weird look. LOL. Oh, and be grateful and accept as much help as people are willing to give you. I’ve gotten to see a beautiful side of humanity, people have been asking to lift my bags, giving up seats, holding doors and just kindly smiling my way, all of which has made the intense amount of travel I had to do this summer just a little easier. So, soak it all up, mamas!
Styled by: Horacio Aguilar
MUA: Sheila Harris
Hair Stylist: Tiffany Loe
Shot on location at Villa Carlotta, 5959 Franklin Ave, Los Angeles. Owned by CGI Strategies
For lease inquiries please contact The Agency/Billy Rose, brose@theagencyre.com
Transportation Provided by Blacklane
Blacklane provides professional ground transportation at the lowest rates across the globe. 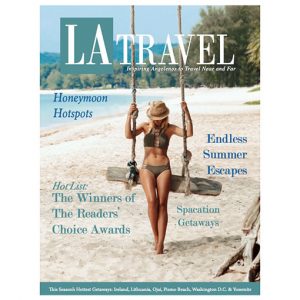