From our perspective, Las Vegas is ever the chameleon and continues to change each and every time we visit. New clubs, hotels, restaurants and shows hit the scene constantly reinventing Sin City with the aim of getting repeat gamblers back to spend money at the tables.   One thing that stays the same and a place we can always count on is the Hard Rock.

After a long drive from LA and a really early start to our daily work schedule (try 4:30am) we were beat by the time we arrived at check-in.  We made our way up to our room and were pleasantly surprised with the size and amenities. It was dark and utilized black and gray tones and appealed to my inner rock star. My favorite thing was the bright white goose down comforter on the nice comfortable cushy bed. This is just what we needed after the aftermath of the day. The “Do not Disturb” sign immediately went up; I know we’re lame.  Our first night in Vegas and we were already in bed.

The next morning we awoke refreshed and fully rested.   After a quick bite to eat at Mr. Lucky’s the resorts 24 hour diner it was off to the pool. The pool scene was already going off; I thought people would still be sleeping although now that I think about it they probably never called it a night.  We soaked in the sun for quite some time then hit the tables for a little casino action.  I won! Just kidding I totally lost but at least it was fun while my money lasted.

For dinner we went to FU, the resorts Asian Fusion restaurant. We went with Steamed Edamame, Spicy Thai Basil Minced Chicken Lettuce Wraps and a mini appetizer plate which included a Curry Lobster Puff, a Pan Fried Potsticker and a Steamed Roast Pork Bun.  It was just the right amount of food to satisfy our hunger and the martinis were a great addition to quench our thirst.

Next on the itinerary was a concert at The Joint. You may have heard of the performer we were off to see, his name is Prince.  Yes, we were off to see freaking Prince!  We joined the rest of our group in a balcony suite overlooking the venue.  The night kicked off with a whole lotta funk! Once Prince took the stage he looked around at the screaming fans with a smirk and went right into one of his top hits.  The crowd went crazy!  The petite virtuoso hit the stage like a Jimi Hendrix incarnate — guitar in hand, singing and dancing in his own element. While Prince’s mysterious persona is viewed as downright perplexing to most (Is he still called Prince? I thought he changed his name, what’s the deal?), here his authenticity is rightfully interpreted as genius. It was an awesome display of musical fluency, and the show proved that Prince is still larger than life.

After the show it was back to the room to unwind and relax in our rock star sanctuary.  We had to rest up for the big party at Rehab the next day. Sundays in Vegas are on a whole other level and we needed to be prepared.

The next morning we ended up at Lucky’s again as the food was so good the previous morning.  We downed our coffee and egg white omelets and hit the gym; gotta get one last round in before we bare it all at Rehab!

Everyone knows that some of the best partying in Las Vegas happens during the day, poolside. The ultimate Vegas pool party was invented by none other than The Hard Rock Hotel & Casino. Since opening over a decade ago, Rehab has transformed the Vegas mindset and now most tourists stay until Monday as to make sure they don’t miss the infamous pool parties that have popped up all over the strip. Rehab was born from the creative marketing mind of former Hard Rock Special Events Director Chad Pallas, who took inspiration from the Las Vegas nightclub scene and figured out a way to drive business to the typically boring Sunday afternoon. The resort worked with local promoters to bring nightclub customers to a Sunday pool party that offered strong drinks, live music, celebrity appearances and a solid demographic of hot women and high rolling men.  He obviously knew how to do it right because after 10 years the ever popular pool party scene is still going strong.

It had been a while since I had last attended a Rehab pool party and was shocked at the lineup outside the ballroom doors. Lucky for us we had VIP and were able to enter through a separate entrance with no wait. We made our way through the crowd and headed up the stairs to the private cabanas.  While we enjoyed bottle service, we listened to sets from DJ’s Destructo and Justice. The crowd was eating it up, throwing drinks down and having the time of their lives. The people watching is spectacular and everyone seemed to be having a blast.

By 3pm we were starving so we took a time out and headed to Pink Taco. We had shown off our bikini bodies and now it was time to eat; bring on the food!  Crispy Chicken and Shrimp Tacos arrived at the table and were devoured in minutes.  Not wanting to bring the party level down we ordered up two Classic Margaritas and made our way back to Rehab.

After a few more hours of poolside fun it was time to head back up to the room shower and change into our Sunday best.  We had dinner reservations for 35 Steaks + Martinis.  Steaks and Martinis; sounds like a winner to me.

35 Steaks + Martinis offers a unique marriage of traditional steakhouse cuisine and libations.  The chrome table lamps, plush booths, dark wood chairs and a glass of Pinot Grigio set the mood for our romantic date night.  My other half ordered up one of our favorites; a Raspberry Lemondrop Martini which is hand crafted beautifully. For starters we chose another one of our favorites the Ahi Tuna Tartar with Asian Pear, Korean Chili Vinaigrette and Wontons.  We lingered over our cocktails and appetizer, the conversation flowed.  We were finally slowing down after a crazy fun filled weekend.  It was soon coming to an end; the next morning we would be back on the road in route to the OC.  We tried not to think about it.

For our entrees I had the Filet Mignon paired with Mac & Extra Cheese while my other half went with the Kansas City Strip, topped with Maytag Blue Cheese and “35” Fries which our server said we must not miss.  She was right and our meal was impressive and delicious.  My only regret the entire weekend was that I didn’t have room for dessert. 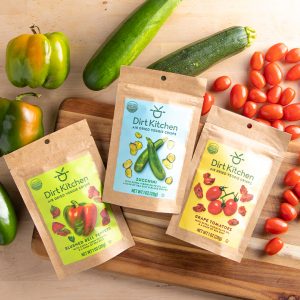